To send image and files SimpleX Chat uses privacy-preserving system components, both in iOS and Android apps. We do not ask for permission to access multiple or selected files, as, for example, Signal and Telegram do - it compromises either privacy or convenience.

How does it work? The gallery and files are accessed from a system provided dialogue that runs in a separate process, and provides a temporary URI to access only one file selected by the user, only until the app is restarted.

To make file and images work for mobile apps we made a breaking change in SimpleX Chat core. The current version can exchange files with the previous version 1.6 of the terminal app, but not with the version before that.

In the mobile app, to send and receive files both devices must have version 2.0 installed - so please check it with your contacts. Receiving images works in the previous version, so even if your contacts did not yet upgrade the app, they should be able to receive the images.

To protect identities of users and their connections, SimpleX Chat has no user identifiers visible to the network – unlike any other messaging platform.

Many people asked: if SimpleX has no user identifiers, how can it deliver messages?

To deliver mesages, instead of user IDs used by all other platforms, SimpleX has identifiers for message queues, separate for each of your contacts. In the current version of the protocol each queue is used until the contact is deleted. Later this year we plan to add queue rotation to the client protocol, so that even conversations don't have long term identifiers visible to the network. This design prevents leaking any users metadata on the application level.

You define which server(s) to use to receive the messages, your contacts – the servers you use to send the messages to them. It means that every conversation is likely to use two different servers - one for each message direction.

How to connect with your contacts in SimpleX Chat

Once you install the app, you can connect to anybody: 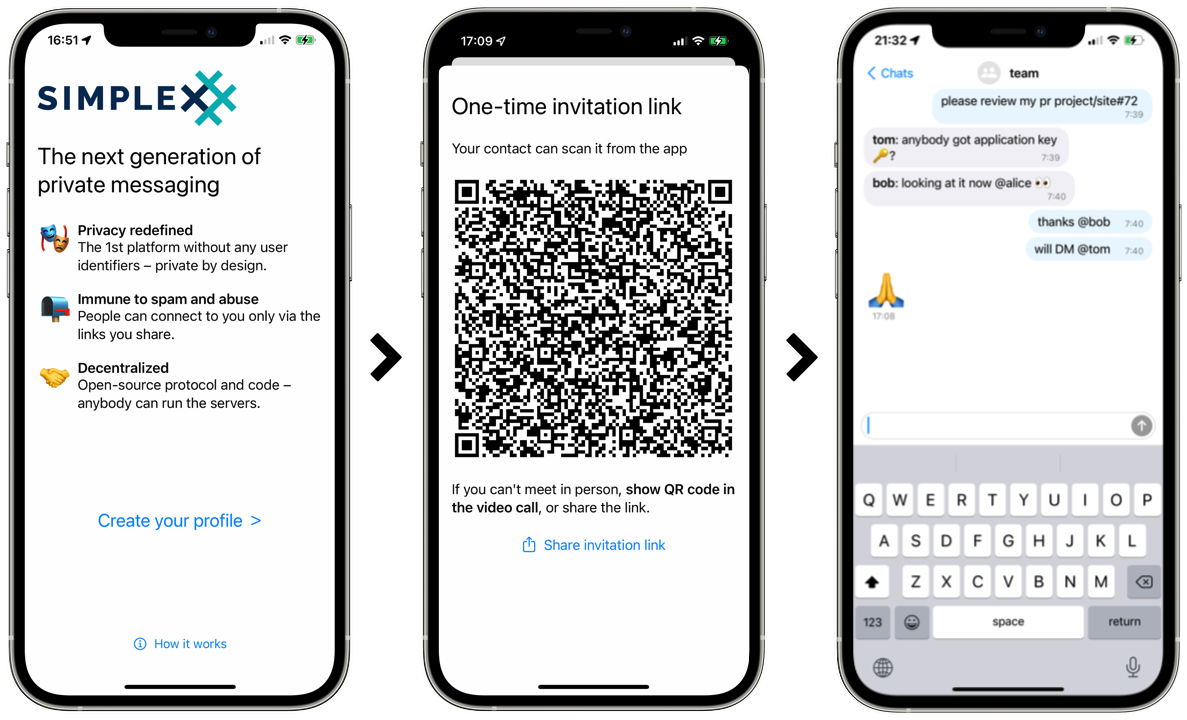